Bouncing your legs up and down when you are anxious is normal. But it is extremely disturbing when you feel the urge to move your legs for no reason while a tingly sensation passes through them. This is called Restless Leg Syndrome.

What is Restless Leg Syndrome?

Restless Leg Syndrome is also known as Willis-Ekbom disease is a sensory-motor disorder that results in an overwhelming urge to move your legs. Along with this urge is a creeping sensation that is very uncomfortable.

The sensation could feel like the legs are tingling, pulling, itching, tugging, itching or stretching.

Restless leg syndrome usually disturbs patients at night when they settle into bed. It can also show up when sitting in a chair.

Sleep, work, and life, in general, are disturbed by Restless Leg Syndrome. No one can fall asleep with a restless leg and uncomfortable sensations in the legs. Also because you are not getting any sleep at night you are very likely to feel drowsy through the day. The lack of sleep also makes you experience mood swings.

There are many different things that can be the cause of Restless Leg Syndrome.

It could occur in anyone. It could be due to the patient’s genetics or age.

Use of alcohol or drugs, smoking, sleep deprivation, lack of mobility, and prolonged standing are some other causes of restless leg syndrome. Restless Leg Syndrome (RLS) can sometimes be temporary, but in other situations it can be a recurring problem that can indicate an underlying vein disease. 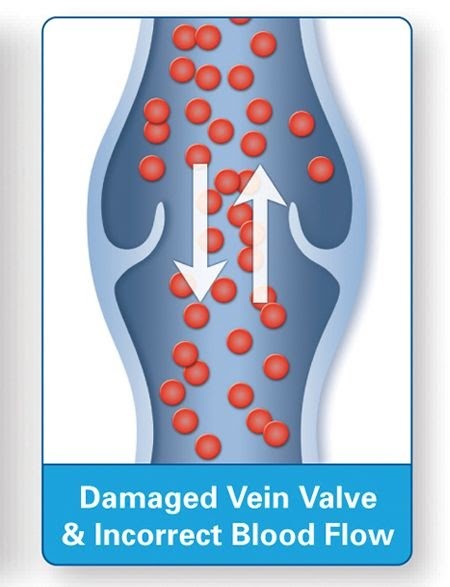 This is how you can identify symptoms for Restless Leg Syndrome

Various medications treat moderate to severe cases of Restless Leg Syndrome. However, if your restless leg syndrome comes back, it means that there is an underlying issue that’s giving rise to your problem. It is always recommended to consult a doctor before going for a medication for restless legs.

If your restless legs are caused by an underlying vein disease, there are a variety of options that we can employ to alleviate your symptoms. Most of these treatments can be performed with little to no discomfort or pain, and performed in an hour or less with an in-patient anesthesia.

Radio Frequency Ablation, ClariVein Ablation, or VenaSeal treatments provide a less invasive alternative to traditional surgery, by simply closing the diseased vein. Once the diseased vein is closed, it becomes scar tissue and is eventually absorbed by the body.

Radio Frequency Ablation uses a highly specialized catheter to be inserted into the vein in order to cauterize the bad vein and close it off for ever. Accordingly, the better and healthier veins will take over. The VenaSeal™ closure system is the only non-tumescent, non-thermal, non-sclerosant procedure that uses a proprietary medical adhesive delivered endovenously to close the vein. ClariVein however uses a combination of chemical and mechanical rotation to shut off the vein.

How To Stop Restless Leg Syndrome At Night?

Once you treat the diseased vein, you can have the best sleep ever and your restless leg syndrome will completely go away. Check our testimonials and listen to our patients yourself. You will find it very revealing to know that you can finally get rid of your nasty leg pain and soreness by a simple procedure!

Side effects and precautions

Most of the side effects associated with Restless Leg Syndrome occur with the use of medication.

The procedures for the most part are safe, but these like other procedures may have some potential risks. The most serious complication is a type of blood clot called Deep Venous Thrombosis (DVT). However, since this is a known phenomenon, we have a number of preventive steps that significantly minimize these risks.

Precautions to take after treatment of Restless Leg Syndrome

Now that you can fall asleep with calm legs, it is important to take precautions after treating Restless Leg Syndrome.

Restless Leg Syndrome disrupts sleep and causes problems with everyday living. All treatments just relieve the symptoms of the ailment. But once you find the option that is best for you, relief and good sleep is definitely yours to take!

If you’d like to schedule a consultation about Restless Leg Syndrome Las Vegas please contact Alpha Vein Clinic today. Dr. Sassan Kaveh is recognized as a leading vein doctor in Las Vegas, NV — with over 22 years of experience in medicine.

Spider Vein Treatment in Las Vegas: All You Need to Know