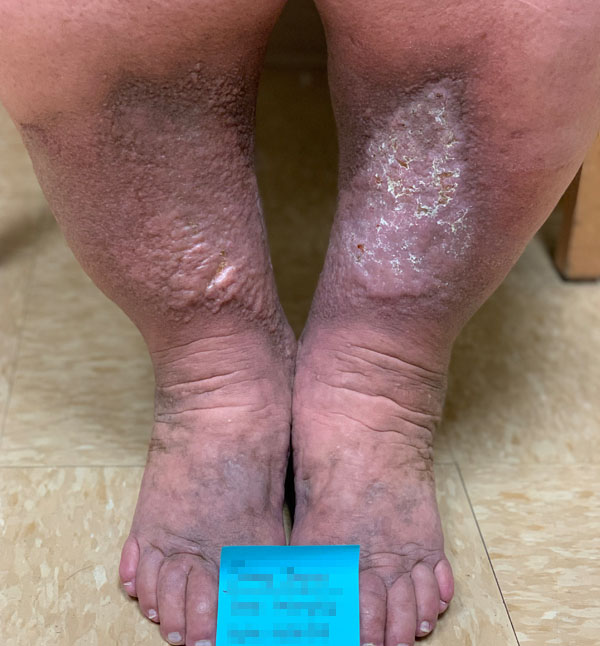 Who Gets Restless Legs Syndrome (RLS)?

Restless legs syndrome or what we refer to as (RLS) may affect up to 10 percent of the U.S. population. It affects both sexes, but is more common in women and may begin at any age, even in young children. Most people who are affected severely are middle-aged or older.
(RLS) is often unrecognized or misdiagnosed. This is especially true if the symptoms are intermittent or mild. Once correctly diagnosed, (RLS) can often be treated successfully. Left untreated it can lead to worse conditions and even be life threatening. Here at the Alpha Vein Clinic Las Vegas it is our speciality to diagnose and treat restless leg syndrome!

What are common signs and symptoms of restless legs?

Because moving the legs relieves the discomfort, people with (RLS) often keep their legs in motion to minimize or prevent the sensations. They may pace the floor constantly, move their legs while sitting, and toss and turn in bed.

Is RLS worse at night?

A classic feature of (RLS) is that the symptoms are worse at night with a distinct symptom-free period in the early morning, allowing for more refreshing sleep at that time. Some people with (RLS) have difficulty falling asleep and staying asleep. They may also note a worsening of symptoms if their sleep is further reduced by events or activity.
(RLS) symptoms may vary from day to day, in severity and frequency, and from person to person. In moderately severe cases, symptoms occur only once or twice a week but often result in significant delay of sleep onset. There would be some disruption of daytime function. In severe cases of (RLS), the symptoms occur more than twice a week and result in burdensome interruption of sleep and impairment of daytime function.

People with (RLS) can sometimes experience remissions. Spontaneous improvement over a period of weeks or months before symptoms re-appear. In general, however, symptoms become more severe over time.

People who have both (RLS) and an associated medical condition tend to develop more severe symptoms rapidly. In contrast, those who have (RLS) that is not related to any other condition show a very slow progression of the disorder, particularly if they experience onset at an early age; many years may pass before symptoms occur regularly.

There are numerous causes for (RLS) such as intake of stimulants (including caffeine), side effects of some medications (i.e. beta blockers and antidepressants), alcohol, pregnancy, drug withdrawal, anemia, and chronic liver or kidney failure. (RLS) is believed to be associated with a number of factors, including iron deficiency, peripheral neuropathy, Parkinson’s disease and other neurological disorders.

In addition, recent studies found that men who were diagnosed with (RLS) were approximately 40 percent more likely to die prematurely compared to men without the condition. There is a great overlap in the symptoms of vein disease and (RLS).

To schedule an appointment or obtain additional information, please call our office at (702-430- 7661). Our staff is waiting for your call, Don’t wait call today!