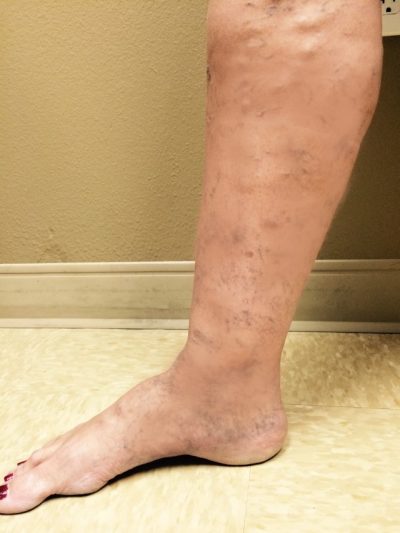 Is Sclerotherapy the Best Way to Handle Spider Vein Removal?

Spider veins, which is the colloquial name for telangiectasia, are small dilated blood vessels that appear on the skin. While they can develop almost anywhere on the body, they are most often seen on the face and on the legs. These can be unpleasant for a lot of people, which is why most who spot them on themselves tend to seek out a vascular surgeon who can help them with treatments like Sclerotherapy.

The underlying cause of both spider and varicose vein conditions is deviation of blood in veins from its normal path leading to blood accumulation, swelling and inflammation of the vein. This condition is called chronic venous insufficiency (CVI).

Risk factors of CVI include:

A big difference between spider veins and varicose veins is their appearance. Varicose veins are more rope like, swollen and twisted. Both types of veins are the result of weak or damaged valves within the veins that have lost their ability to effectively pump the blood back to your heart from your legs. As with any vein abnormality, it’s important to take them seriously and consult a physician to rule out or diagnose serious issues.

One of the most common methods for spider vein removal is sclerotherapy, which might be the treatment you are looking for.

Sclerotherapy (which derives from the Greek word for “hard”) has been one of the main treatments for spider veins and, occasionally, varicose veins. It consists of injecting medicine into the affected blood vessels in order to make them shrink. The history of sclerotherapy goes all the way back to Switzerland in the late 1600s, where a doctor injected acid into a vein in order to induce the formation of a blood clot. The treatment itself, though, has been formally around for about 150 years. Since then, techniques have evolved quite a lot. In the mid-nineteenth century, iodine and perchlorate of iron would be injected into varicose veins in order to treat the condition. The advent of ultrasound technology has allowed for sclerotherapy to evolve in terms of both safety and efficiency.

What are the risks of Sclerotherapy?

There are rare complications that stem from sclerotherapy. Among which patients may experience reddening of the skin, allergic reactions, venous blood clots, or other visual disturbances. However, prior clinical assessment mostly eliminates the chance of experiencing any of these issues, all of which are treatable were they to happen. Sclerotherapy is fully approved by the FDA and studies continuously confirm the safety of the procedure. However, patients with severe systemic diseases, a phobia of needles, late-stage cancer, and other conditions that could potentially lead to a short life expectancy are often advised not to get the treatment.

Are there better treatments?

The safety of sclerotherapy is well documented so far, and it is often the treatment of choice when handling spider vein removal. However, it has often been found to not be nearly as effective in the treatment of deeper larger veins as other more recent techniques have been. If the problem goes deeper than surface-level spider veins, it is often recommended that patients undergo more advanced and thorough treatments. RadioFrequency ablation (laser and radiofrequency treatment), VenaSeal (closure of varicose veins with medical adhesives), and Clarivein ablation (disruption of the vein lining in order to close it) have all proven to be much more efficient ways to treat deeper varicose veins long term. 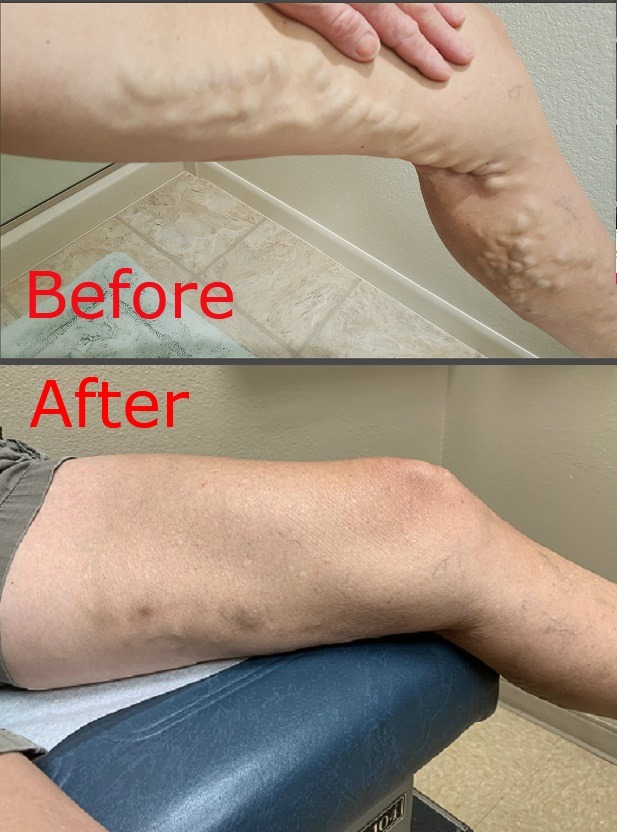 At the end of the day, however, sclerotherapy remains an effective way to treat spider veins if these are not a product of deeper blood vessel malformations. Here at the Alpha Vein Clinic, we want to find the best process to treat your specific case, which is why we offer sclerotherapy as one of the spider vein removal options. For more information about the treatment or our clinic, give us a call at (702) 233-6661.

Does Your Skin Itch and You Can’t Figure Out Why? Visit Our Vein Clinic